Guest Speaker: John Witt (scorekeeper at Talawanda) also a Minister– Started in1989 after working at Kmart as a custodian.  Became friends with Holmes Head Coach, so as an EMT travelled with team, started keeping stats. Made a position for keeping the athletic fields, the best job at Talawanda, and took a liking more to basketball. John is a Captain with Oxford Fire Department, Minister and Groundskeeper. He has 4 philosophies in his life. Philosophy 1, a ministry of Presence and just to be there.  Cotter pin philosophy, an unknown thing, unless it is missing.  Does the little things, just wants to do his job.  Steel philosophy, a steel rod.  Used to put a sharpen edge on a knife, sharpens another steel, just a “man can sharpen another man”, do what you can do to better another life.  Life is Good Philosophy, as an older person needing to influence the lives of other young people.  Has been involved in a few funerals and weddings of former Talawanda students because of his influence in others lives.  Challenge to everyone. Be a class act, remain a class act whether you are a cotter pin, nut or the wheel. Poem, The World IS Mine

Rule Changes- Backcourt deflection is legal, when hit by a defensive player in the frontcourt and caught by someone in the backcourt, Play On.

POE- Travelling, Legal Guarding Position, Block/Charge (have a call), Loose Ball Play(get in there and get the players off each other, be assertive), Proper Terminology, Professionalism(don’t engage at their level, warn, or Technical Foul)

Email, Backcourt throw in spot, intentional foul on a made basketball

Closing- Scott Edmonds, Board positions nominations, and state meeting deadline is the 24th of November. 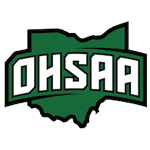